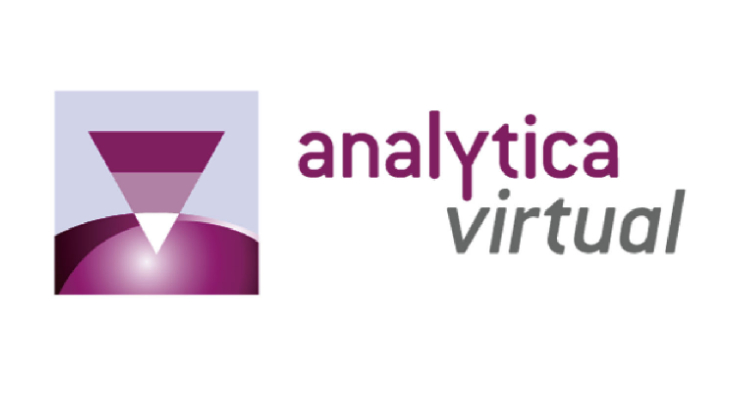 This year, Messe München is hosting the world’s leading trade fair for laboratory technology, analysis and biotechnology as a virtual event. The new format analytica virtual will enable exhibitors to book digital trade fair booths for October 19 to 23. Furthermore, it offers all cus-tomers additional opportunities for exchange and networking. Large parts of the lecture and supporting program will also be available in digital form.

In coordination with the analytica advisory board, in March 2020 the deci-sion was made to postpone the trade fair from April 2020 to October 2020. As late as July, exhibitor interest in a presence fair was very high, even though the hoped-for relaxation of travel restrictions from non-European countries failed to materialize. Visitor promotion was then focused on the European market again. “Unfortunately, particularly in Europe a develop-ment has begun in the weeks of August that affects exhibitor and visitor markets directly,” says Dr. Reinhard Pfeiffer, Deputy Chairman of the Man-agement Board of Messe München. “News came from important European analytica core markets that trade fair visits would not be able to take place. A presence fair in October would therefore have fallen far short of the re-quirements of the participants with regard to the internationality of analytica, disappointed the expectations of visitors and exhibitors even in Corona times, and damaged the core of the event. A digital platform is now the al-ternative, which many exhibitors have also advocated.”

In addition to travel bans that companies are currently imposing on their employees and the restrictions on travel to Germany that states have intro-duced, in August the Federal Republic of Germany also made it more diffi-cult to enter Germany from some states. These include regions in France (such as the area around Paris), Belgium (Antwerp, Brussels) and Spain (the entire mainland and Balearic Islands), which are among the most im-portant exhibitor and visitor countries at analytica.

In the last two weeks in particular, the analytica team received extremely large numbers of notes from European exhibitors regarding the impractica-bility of their trade fair participation. Many German exhibitors understanda-bly voiced their concerns that only a small portion of the expected visitors would come to analytica.

“The original decision to postpone the analytica was correct. However, with external conditions having deteriorated sharply recently, reassessment of the situation is inevitable. analytica is the leading international trade fair. Many participants would have been unable to come to Munich because of newly introduced travel restrictions. We are glad that Messe München has reacted flexibly and quickly and in the form of analytica virtual offers the proper concept for 2020,” emphasizes Siegbert Holtermüller, Chairman of analytica’s Exhibitor Advisory Board and Head of Sales Life Sciences at Olympus.

The analytica project team is now working on expanding the analytica vir-tual format launched in August into a globally visible digital trade fair for the laboratory industry, reflecting as many offers and formats as possible that have been distinguishing analytica in Munich for decades. analytica virtual is being realized in close cooperation with Lumitos AG.

analytica virtual will be available 24 hours a day in order to enable visitors in all time zones to participate. On virtual exhibition booths, exhibitors will present novel products and product innovations from all areas of laboratory and analytical technology for the target industries of chemistry, biotechnol-ogy, pharmaceuticals, and food. Visitors can experience product presenta-tions, download flyers and contact the respective exhibitor directly via a text, audio and video chat function. In addition, web seminars, specialist lectures and a large part of the supporting program will be available via the platform. Important program items will be repeated at various times of the day.

The highlights will include the globally unique special show Digital Transfor-mation, in which companies and scientists have realized eight workflows to present the state of the art in laboratory automation. The analytica confer-ence will likewise take place in a purely virtual manner in 2020 and can thus maintain its high professional level with international top speakers.